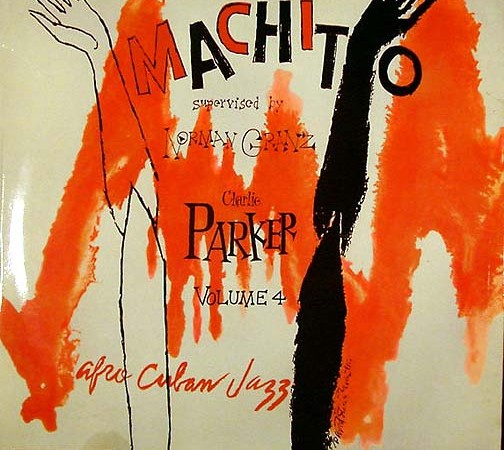 Filed Under: News, Talkin' All That Jazz, The Latin Lowdown, Vinyl Junkie

I have this new monthly vinyl Latin music night starting in Leeds (UK) in September 2014 and I’ve been digging out a few LPs to play for it and in the process, it brought back a lot of memories of my early Latin music vinyl buying and collecting days.

By 1981, as a 19 year old living in the north of England, I was a new and dedicated jazz man with a growing interest in other black music and world music genres : funk, soul, the new rap/electro sound (which became hiphop), reggae, African music and what would become one of my main musical loves in the next few years, Latin music.

I bought my first Latin records in 1981 but my memory is failing me after 33 years so I’m not sure which one came first but I know the 5-6 I accquired that year. In 1982, 1983 and 1984, I started digging in 2nd hand record shops, fleamarkets and car boot sales and also started to buy Latin music on trips abroad to Paris, Amsterdam and Barcelona. I have to say, I found some beauties in those first 3 years, expecially in the second hand record shops and fleamarkets up north. Original 1960s and 1970s pressings of Latin music on Riverside, Atlantic, Flying Dutchman, Sunset, Egrem, Skye etc. Also, I was buying contemporary releases on labels such as Concord Picante, American Clave, Tropical Budda, Timeless and CTI.

In 1982 I started playing records as a DJ in clubs, spinning a mix of jazz fusion, hard bop, bebop, Brazilian music and Afro-Cuban jazz/mambo for jazz dancers, first in my native Bradford and then over to Leeds. By 1984, maybe 70% of my sets were Latin inspired, a mix of Afro-Cuban jazz and Brazilian beats. I wasn’t playing salsa until about 1985. This was hardcore Latin jazz for fast and furious jazz dancers.

As I pulled a few out, I thought I’d put a little chart together of some of my favourite jazzdance Latin LPs from that era. Here’s 5 to start with, some of the first Latin LPs I ever bought.

1. “Latin Mann : Afro To Bossa To Blues” – Herbie Mann (CBS Records)
Amongst the first half dozen Latin LPs bought in 1981, this one came from a record stall in a Bradford fleamarket for about £3-£4! Flautist Herbie Mann with a full Latin soul jazz big band conducted by Oliver Nelson playing classics like “Manteca”, “Watermelon Man”, “Senor Blues”, “The Jive Samba” and the big jazzdance killer “Jungle Fantasy”, an update of Cuban flautist Esy Morales’s 1952 hit. Charlie Palmieri’s piano solo here still makes me tingle when I hear it today.

2. “Bongo Fever” – Jack Costanzo (Sunset/Liberty)
Picked up around 1982 or 1983 in Bradford at another fleamarket for less than £5, this Afro-Cuban jazz LP introduced me to “Mr Bongo” Jack Costanzo, the West Coast percussionist who had the fastest fingers and martillo beat of any bongo player in the 1950s! I think my orange sleeved album was a 1960s compilation of previous Costanzo hits done for the UK market but it had this jazzdance killer tune on it, “Taboo”, proving short tracks can be sweet! Floorfiller everytime in 1982-84!

3. “Dock Of The Bay” – Mongo Santamaria (Harmony/Colombia)
This was my first Mongo Santamaria LP and another one from 1982 or 1983 again bought in my home city at a second had record shop for peanuts. This LP was a mix of Mongo’s musical genres of the early-mid 1960s – a lot of Latin soul, a touch of bossa nova and one explosive Latin jazz jam called “Cuidado” which I hammered on the decks in those days. I liked it so much that in 1988 when I played bass in a Latin jazz band called Conjunto Fuego, we covered it and it became our anthem.

4. “Afro-Cuban Jazz” – Machito & Charlie Parker (Verve/Polydor)
I actually bought this for Charlie Parker first and Machito second. I was collecting Charlie Parker LPs in the early 1980s and this 1940s Verve LP was a Polydor re-issue in Woods Music & Record Shop in Bradford. I bought it, went home, stuck the needle on the record and the tracks were okay as I flicked through them. Then side 2, track 2, a musical bomb went off! “Mambo 1″….3.14 of pure Afro-Cuban jazz magic! The Machito Orchestra was on fire. Bird just about hung in there as musical director Mario Bauza and his men went into overdrive.

5. “Herman’s Heat & Puente’s Beat” Woody Herman & Tito Puente (World Record Club).
The swing king meets the mambo king! My first Tito Puente LP, bought 1982 or 1983 at the same Bradford fleamarket many of the above came from. Basically Woody Herman’s big band joined by Tito Puente’s rhythm section on half the tracks. The jazzdance killer was “Latin Flight” on side two. A big, brassy and percussive mambo jazz gem that guys like The Jazz Defektors loved to dance to. Smoking hot big band Latin music!
http://youtu.be/Qt0lhLWLlqc

So there you have it. A small selction of my first Latin music LPs bought from 1981 onwards. All these were second hand LPs (with the exception of the Machito album which was an old recording re-issued), but I was also buying contemporary records by current artists at this time. I’ll maybe do a post about those another time. These first few LPs were the start of the musical journey of 33 years that would take me DJing across the UK in the late 1980s/early 1990s, then on to Europe and beyond in the noughties, and finally, a Latin music compiling career that included several titles for the legendary Fania Records of New York.