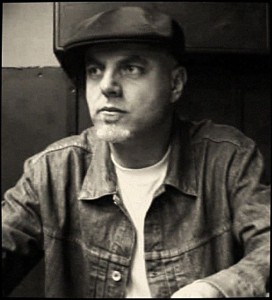 DJ Lubi (Lubi Jovanovic) is one of the UK’s best known salsa and Latin music DJs both at home and abroad. He is also a long time jazz/soul/funk/world music DJ and live music promoter. His career spans over 30 years working in all aspects of the business – international DJ, live music promoter, club promoter, radio presenter, record label PR and CD compiler. He began in 1982 spinning Mongo Santamaria/Tito Puente/Art Blakey/Tania Maria records in Bradford in the north of England as part of the UK jazzdance movement – hard bop, jazz fusion, samba batucada and mambo – and was soon running weekly sessions in the city including The Jazz Cellar (a DJ and live band night) and Wild Style (two floors – one rap/electro, the other jazz/Latin – breakers and jazz hoofers battling it out under one roof). By 1986, he was promoting his first salsa clubnight, Club Afro Latino in Leeds, one of the earliest outside London, plus guesting as a DJ across the country, playing bass in local jazz groups and leading his own Latin jazz bands. In the 1980s, DJ Lubi was also a working musician. 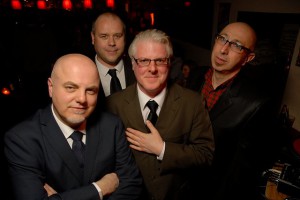 By the early 1990s his reputation as a kicking salsa DJ had spread UK wide with guest DJ gigs at clubs and festivals from London in the south right up to Scotland in the north and covering all points between. At the same time, he led the main salsa band in the north of England, the 12 piece Grupo Pa’lante, which was spreading the salsa gospel to a new audience eagerly soaking up the sounds of Latin America and the Caribbean.

As the 1990s progressed, he was part of the successful DIG! Family DJ and club promotions crew in Leeds, who ran things big time up north during the acid jazz days. With fellow DIG! Brothers Gip Dammone, Chico Malo and Eric Speak, their nights were amongst the best in the country for combining Latin and Brazilian music with jazz, soul, hiphop, funk, afrobeat, jazz-funk and deep house. With three packed weekly nights in Leeds at the legendary Underground Club as their base – The Cooker, Casa Latina and The Yardbird Suite – they soon had off-shoot DIG! events in other UK cities including London, Manchester and Sheffield. Throughout the 1990s, some of the biggest names in jazz, soul, funk and Latin music played at their sessions: Roy Ayers, Jimmy Smith, Terry Callier, Reuben Wilson, Eddie Palmieri, Lee Fields, Mark Murphy, Joyce, Charles Earland, Bobby Matos, The Blackbyrds, Tania Maria, Sharon Jones, Pucho to name a few. At their peak, The DIG! Family were not only clubnight promoters but also ran two record labels (Yardbird Suite and Cooker Records), a live music and DJ agency (DIG! Promotions), hosted radio shows on Jazz FM and LSR and programmed jazz festivals (Jazz On The Waterfront Festival). From 1985 to 2002, when they finally went their separate ways, the DIG! Family were the soul/funk/jazz/Latin “guvnors” up north. 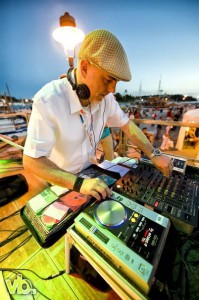 By 1999, Lubi was beginning to travel as a guest DJ outside the UK, and since then he has played salsa clubs/festival and jazz/soul/world music sessions in the following places: USA (Los Angeles), Gran Canaria, Spain (Madrid, Barcelona, Alicante, San Sebastian), Portugal, Ireland (Dublin, Belfast, Cork, Donegal), Holland (Amsterdam, Haarlem, Den Haag), Denmark (Copenhagen), Germany (Berlin, Munster), Riga (Latvia), Prague (Czech Republic), Serbia (Belgrade, Novi Sad), Montenegro, Greece (Athens), Turkey (Istanbul, Antaliya, Ankara), Bulgaria, Croatia, Monaco and Singapore! He is considered to be one of the UK’s top international salsa DJs and has received lifetime achievement awards from both the Los Angeles Salsa Congress in 2006 and the UK Salsa Congress 2005. His Latin DJ mixes have been featured on radio on BBC Radio One (Gilles Peterson’s Worldwide Show), BBC 1Xtra, B92 Radio Belgrade and Samurai FM (Basic Soul Show). Lubi’s own radio experience harks back to the mid 1980s with stints on local pirate stations such as People’s FM and Dream and for many years he had a weekly radio show on Leeds University’s student radio station LSR. 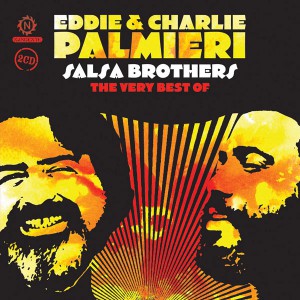 In 2003, a new DJ Lubi avenue of work opened up… Latin music CD compiler. He has produced 40 titles in a decade for various labels with total sales exceeding 200,000! He was the only European salsa DJ compiling titles for the legendary New York salsa label Fania Records from 2006 to 2008 when they relaunched. Other labels to feature DJ Lubi salsa, Cuban and Latin music CD compilations have included Nascente Records, World Music Network (Rough Guides), Protel Records (USA), V2 Music and Freestyle Records.
His extensive knowledge about Latin music has seen him working in other areas outside of live music and club promotion. These include co-producing radio shows for the BBC (BBC Radio Scotland, BBC Radio Two), working as a freelance promotional plugger for a variety of record labels (EMI, Universal, Rykodisc, V2, Palm Pictures, Fania/Emusica, Nascente, Freestyle, Cumbancha etc), and writing his own column “Latin Lowdown” for 10 years in much respected jazz/global music magazine Straight No Chaser (1997-2007). 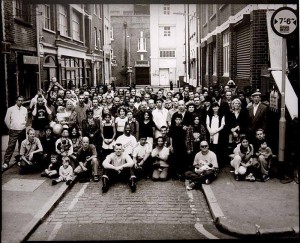 One of the UK salsa pioneers of the early 1980s and a major soul/funk/jazz DJ and promoter, he’s still in the business today at the top level due to an understanding and ability to keep moving forward. Always respect the past but never be shackled by it or fear change. Whether it’s playing to 4,000 people at an international salsa or world music festival, doing a live Latin mix on a radio show, writing CD sleeve notes or spinning jazz records at a small local bar in Leeds, his passion and love for music is still as strong today as it was over 30 years ago when he first started and as long as that is the case, the DJ Lubi beat goes on…