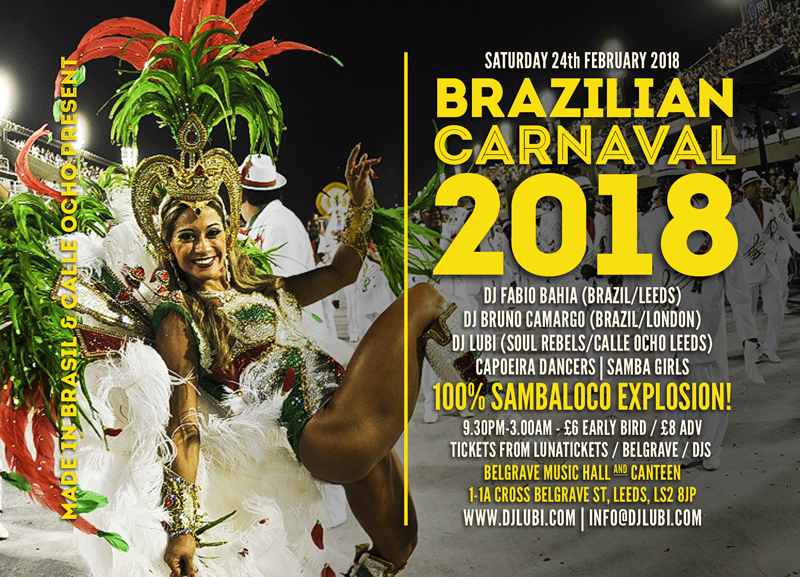 For every year since 1995, there has been an annual party celebrating the biggest carnival in the world each February/March in Brasil which marks the start of Lent in the Catholic calendar.

An explosion of energy, sound, music, dance and colour , Carnival in Brasil has become world famous with millions travelling from across the globe to attend.

Since 1995. Brazilian music lover DJ Lubi and the north’s top Brazilian DJ Fabio Bahia have hosted their own carnival celebrations in Leeds for those who can’t make it over to Rio and Salvador De Bahia for the festivities.

Always as authentic as possible but without the long flight and huge cost of getting to Rio, Leeds Brazilian carnival parties have featured the finest of Brazilian DJs, samba drummers, musicians and samba/capoiera performers from across the UK and have drawn Brazilians from across the north of England to attend. And this year will be no different as they celebrate the 20th anniversary of Brazilian Carnaval parties in Leeds.

Belgrave Music Hall will be serving caipirinhas especially for this night alongside their usual alcoholic drinks to give the party that extra Brazilian flavour.

Doors are 9:30pm and the party rocks until 3am.
***EARLY BIRD TICKETS £6 ONSALE NOW – JUST 50 AVAILABLE***
We have 50 limited early bird tickets available NOW for just £6 (+ booking fee) from www.lunatickets.co.uk – search under Brazilian Carnaval 2018 In Leeds 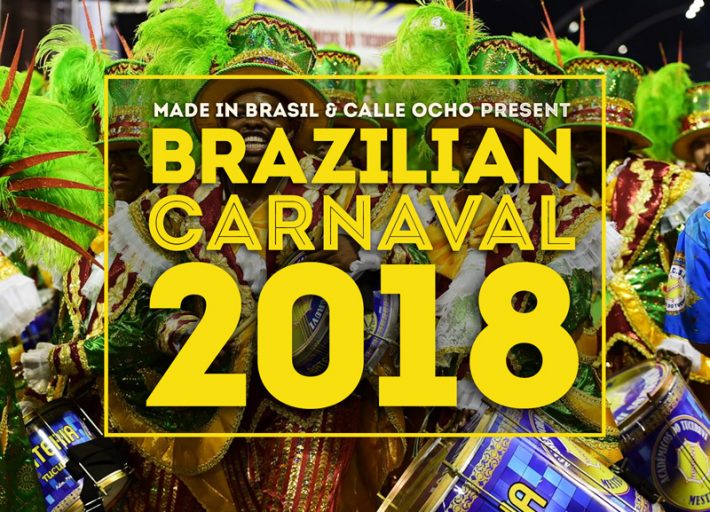