Formed in 2009, London Afrobeat Collective (LAC) celebrate their 10th anniversary with the release of their third LP “Humans” in autumn 2019. Inspired by the great African music pioneers Fela Kuti, Tony Allen, Orlando Julius and Ebo Taylor, they have given their afrobeat sound a London twist by adding elements of cosmic funk, Latin rhythms and even dubstep into the mix. Original music that sticks to the genre’s tradition of rocking the dancefloor whilst delivering a political message.

The 10 piece rhythm and brass explosion fronted by the amazing lead singer Juantita Euka can rock any gig any place anytime. They are well known for their incendiary live shows and are one of the hardest working bands in the business today gigging across clubs, venues and festivals in the UK and mainland Europe including top events like Glastonbury, Green Man, Shambala, Latitude, Cheltenham Jazz Festival, Boomtown, Reading, Secret Garden Party, WOMAD, Manchester Jazz Festival and Africa Oye. In 2015, they achieved probably the highest accolade given to any afrobeat band by performing live at the “Felabration” festival in the New Afrika Shrine in Lagos, Nigeria, the annual celebration of the music and life of afrobeat’s founding father Fela Kuti.

They made their Leeds debut in 2014 for DJ Lubi’s Soul Rebels sessions so it’s great to have them back again at this DJ Lubi Brudenell show in 2019 launching their new LP “Humans”. If you love raw afrobeat mixed with funk, Latin rhythms and mad solos, you  be need to be at this show. Check them out here :   https://www.lacband.co.uk/

Support comes from Bradford/Leeds based guitar driven afro-fusion crew Kontiki. Whereas LAC are inspired by the funky and brass heavy Nigerian afrobeat sound, Kontiki love the guitar infused dance music of Central and West Africa – soukous, rhumba, highlife. No nonsense hypnotic dance grooves with horn and guitar solos guaranteed to rock any dancefloor. With a strong local following built up over a string of live shows the last few years, they have their debut LP ready for release very soon. Ones to watch for 2020. Check them out here : https://www.facebook.com/musicofkontiki/

Keeping things nice and smooth between sets will be Leeds legend DJ Lubi (DIG Family/Soul Rebels) playing an Afrocentric set of past, present and future sounds of afrobeat, juju, highlife, afro-disco, soukous, afrofunk and other quality sounds from the continent. 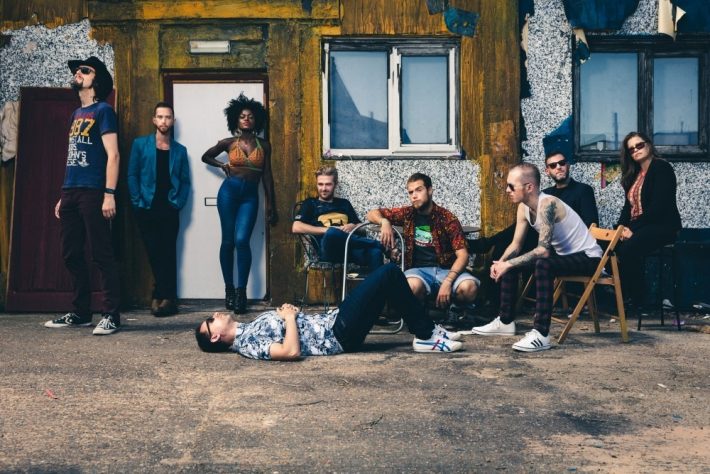