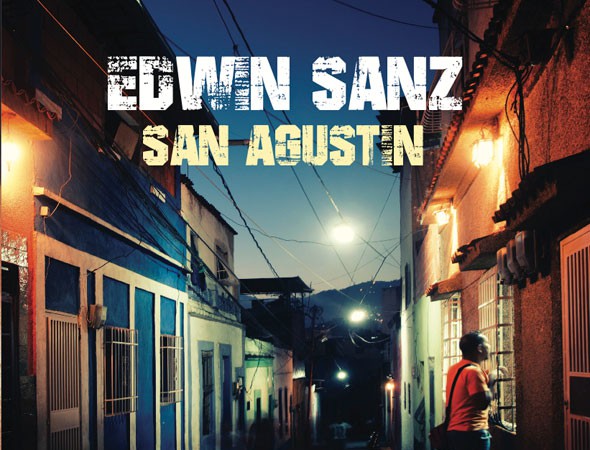 One of the best salsa releases of summer 2014 dropped worldwide on 16th June. “San Agustin” by percussionist Edwin Sanz is a true international salsa collaboration. Edwin is Venezuelan but lives in Switzerland where he plays with UK ex-pat salsa/Latin jazz pianist Alex Wilson, who is also a sideman and co-producer of the release as well as the record label owner. The recordings feature musicians based in New York, Spain, Paris, London and Switzerland, making it a true united colours of salsa!

The production is slick without being over done, the musicianship is phenomenal and the variety of tracks within the album have something for everyone. If you like kicking modern salsa, check “Con Todos Los Tambores” and “Arriba La Cima” featuring Luisito Quintero on timbales. “Te Equivocastes” and “Sobrevivire” come from the salsa romantica spectrum, the latter reminiscent of Sergio George’s great productions for the likes of Marc Anthony and India. For the hard salsa crowd, the grand piano descarga duel “Cesar y Alex” featuring Cesar Correa and Alex Wilson, is a must. For the commercial salsa scene, a trademark Alex Wilson “salsa con soul” rework of Des’ree’s 1994 hit “You Gotta Be” closes the album”.

I’m forcasting this release will be a summer salsa hit for 2014, especially “Sobrevivire and “You Gotta Be”… you can buy it now from www.amazon.com