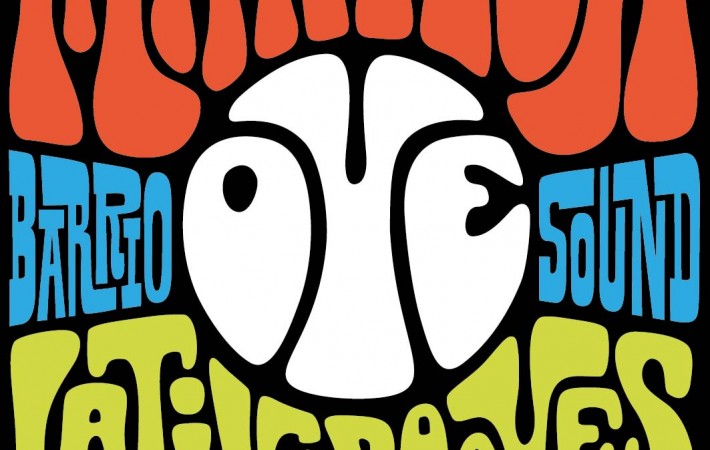 Filed Under: News, Reviews, Talkin' All That Jazz, The Latin Lowdown

Manteca, the London Latin soul jazz/salsa funk combo, are back with their first release since 2007’s “Tremendo Boogaloo” album for Freestyle Records. “Oye” is another collection of heavy duty Latin music that reaches well beyond the standard salsa or Cuban danceband style, appealing to anyone and everyone, from mambo dancers to bboys, jazz brothers to soul sisters!

Manteca are led by Colombian singer Martha Acosta and bassist Javier Fioramonti, two musicians who have been a part of London’s vibrant Latin music scene for over two and a half decades. Martha sang with Roberto Pla’s Latin Ensemble, the UK’s longest serving salsa/mambo orchestra, and also fronted Candela, the UK’s only all-female salsa band from back in the early 1990s. Javier has been one of the most consistent session bassists in UK Latin music playing in Alex Wilson’s groups and with Salsa Celtica for many years as well as backing Latin legends such as Joe Bataan, Jack Costanzo, Henry Fiol and Azuquita.

This new album has been a long time coming. Javier gave me a demo EP with a few tracks on about two years ago at a Salsa Celtica gig so I’m familiar with some songs but saying that, the wait has been worthwile as the new tracks are all killers. Speaking as a DJ, it’s a smoking album as 8 of the 9 tracks here are dancefloor friendly and ones I can use at one or other of my gigs – salsa, Latin freestyle, bboy funk sessions.

Opener “Que Pasa” is smoking Latin funk in the style of the debut album’s banging club track “De Todo” (which also featured on my “DJ Lubi Presents Salsa Funk Experience” compilation for Nascente Records from 2010). Unlike “De Todo”, this one breaks into full-on mambo jazz for the solos. A great opener that gets the head nodding and foot tapping.

Next up the title track “Oye”, a lovely mid-tempo afrobeat/Latin jazz fusion with punching brass and super-funky kit playing, one of the tracks Javier gave me a few years back. I’ve been playing it out all over the place since then to great response and at every gig, someone asks who it is. Now when I tell them, they can finally get a copy.

There are three cover versions on the album. First up Horace Silver’s “The Jody Grind”, a 1960s Blue Note Records soul jazz classic and by co-incidence, one of my favourite jazz tracks. Manteca do it justice, taking the original and turning it into a very Mongo Santamaria strutting funky Latin soul belter. Great brass ensemble playing and soloing here, a very grimy and distorted Fender Rhodes electric piano (how it should be) and some heavy Mongo-esque conga playing. Loving it all!

There are two original new tracks which are very interesting and the most Afro-Latin in flavour of the whole album. “Para Pello” (“For Pello”) is dedicated to legendary Cuban percussionist Pello El Afrokan, the creator of the mozambique rhythm, a conga-style big percussive beat that evolved from Afro-Cuban street carnivals or “comparsas”.  Manteca’s mozambique is more like the New York variation popularised by the Palmieri brothers Eddie and Charlie in the 1960s, rather than Pello’s pure Afro-Cuban version, which added piano, upright bass, timbales and jazzier brass section playing. More jazzdance than rumbero. Check the link below.

“Bomba Chevere” is a blend of Puerto Rican bomba and Colombian cumbia and features great vocals by Martha and trombone solo by Robin Harris. Musically, it’s not a million miles away from what Quantic has been doing over the years with his Combo Barbaro and Onda Tropica projects, which in my book makes it a winner.

The big Afro-Cuban track of the album is “Descarga China” and it has two different mixes. One is a descarga funk mix with some heavyweight kit playing and smoking trumpet soloing, while the other is a more straight ahead Latin jam with Javier’s upright bass playing underpinning the whole number in a very Cachao way. Both use the coro of Jose Curbelo’s 1950s mambo classic “La La La” as part of the song lyric. This version is getting rinsed at my big salsa gigs from now on for sure.

The final track is a brave choice. It’s the timeless bolero standard “Como Fue” and the band play it beautifully. Whereas the album starts with a banging club track, it signs off with a nice chilled Latin lounge farewell.  It could have been a bit twee but they play it with affection and love and Martha’s vocal on here is pure class. Respect to the band for closing a heavily rhythmic album with such a restrained and mellow track. Some won’t dig it but I do. Then again, I love boleros.

Big shouts to the whole band which features some of the best musicians from the London Latin music scene of the last 3 decades. People like trumpeter Paul Jayasinha, drummers Vancho Manoilovich and Tristan Banks, and percussionists Satin Singh and David Pattman.  These cats are as good as you’ll get in Latin music from anywhere across the world. I’m glad that they plus Martha and Javier persevered with this second album. It’s tough releasing independent Latin music these days and even tougher if you’re making Latin fusion music with original material.

If you like any style of Latin music, from Afro-Cuban jazz to Latin funk, salsa to cumbia, go check out this album. These musicians put a lot of time and energy into this and they deserve support. For more information on the band plus this release, check their website www.manteca.org.uk